Camelbak is an American company founded in 1989 by Michael Eidson and acquired by Vista Outdoor in 2015.
The success of the company comes from the ingenious idea of “water bag” intended for cycling.
The idea was democratized among US military troops, and then later around the world.
Camelbak is a trusted brand and appreciated by the armed forces and law enforcement and outdoor enthusiasts. 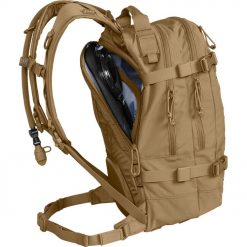